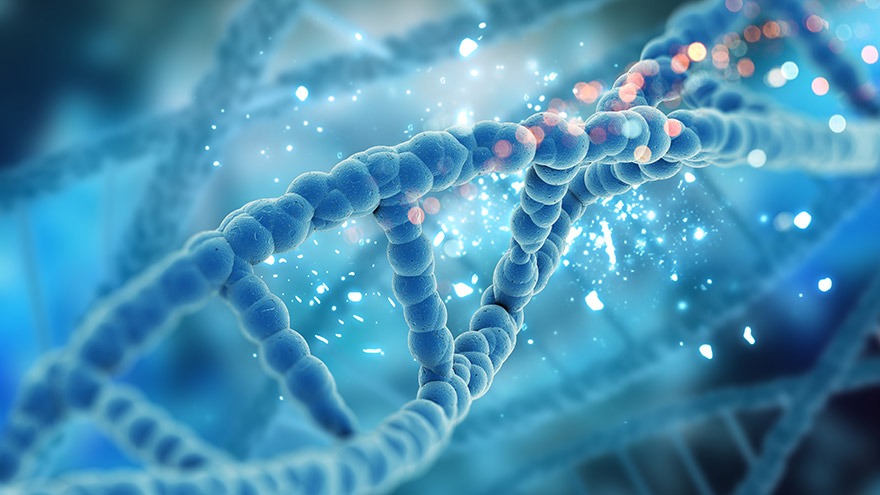 04 Oct PGT-A and mosaicism – The good, the bad and the ugly.

Our guest blogger Dr. Gary Harton is well known in the reproductive genetics field, where he has spent his entire career. In this blog post he will take you through the basics, the history, the advantages, the debates and what is yet to be determined when it comes to preimplantation genetic testing in assisted reproduction.

Why can’t we just make up our mind about naming?

Preimplantation genetic testing for aneuploidy, now termed PGT-A, has been used clinically in the assisted reproductive technology (ART) field for over 20 years.  You may ask why I say, ‘now termed’?  This isn’t like Prince where this test wants to be known as “the test formerly known as…” The technique I’m describing has been termed preimplantation genetic diagnosis (PGD), aneuploidy screening, preimplantation genetic screening (PGS), comprehensive chromosome screening (CCS) and many other names.  No wonder people think geneticists are odd, we can’t make up our mind what a simple test is called!  How can a patient ever expect to understand the technology if we can’t all call it the same thing?

Let’s start from the beginning

Before we can talk about anything else, we must understand a bit about genetics, and embryos.  Humans have 23 pairs of chromosomes, 22 chromosomes labelled 1-22 in descending order of size and a pair of sometimes matched (XX) and sometimes mismatched (XY) sex chromosomes.

Feel free to insert your own joke about males and mismatching chromosomes and all of the issues that creates for our ‘kind’.  In general, when an embryo becomes an embryo, it has a perfectly matched set of 23 chromosome pairs adding up to 46 total chromosomes, one chromosome of each number inherited from his/her mother (maternal) or father (paternal).

Think of it as a pair of earrings – you need two to have a set. An embryo with an unmatched set of chromosomes is aneuploid.  Everyone has heard of syndromes that are created when an embryo has an uneven count of chromosomes, things like Down syndrome (trisomy 21), or Klinefelter syndrome (XXY), but did you know that embryos can have an extra or missing chromosome of ANY number, and that the vast majority of these embryos will not implant or will end in miscarriage?

The hypothesis for aneuploidy

The hypothesis for PGT-A is simple, at least I think it is.  It goes like this, if humans create large numbers of embryos with aneuploidy (see this manuscript as just one example) and aneuploid embryos are rarely destined to become normal live births (more on that later, but click here for that data), then screening for aneuploidy in embryos during ART cycles with selective transfer of only embryos deemed to be euploid (having the correct number of chromosomes) should result in better outcomes for patients.

Again, using the earrings as an example: Most people prefer their earrings in pairs, unless you only have one ear, which is an entirely different story.

We have come further with genetic testing than you might realise…

OK, that was a lot; maybe we should pause here for some time to think, or maybe time to grab a drink and forget what you just read!  It is OK to be surprised by all of this, I think that the idea of testing embryos for chromosome gains or loss may surprise the average person walking down the street.  I’ve always thought that if I stopped and asked 100 people on the side walk when they thought we could take cells out of a living embryo and test those cells for genetic abnormalities, most people would answer 5-10 years from now!  However, the reality is that we have been able to test embryos for genetic disease before transfer back to the mother since 1991!

…but it is still a debated topic

The reality for PGT-A is that not everyone in the world believes in that oh-so-elegant hypothesis I shared earlier.  In fact, there are a lot of medical professionals that think PGT-A is not only yet to be proven, some even think that it is BAD for patients!  How can we have been offering a technology to patients for more than 20 years and still be arguing about it?  Well, proving that something works in medicine is not easy, and it costs a lot of money to prove it.  So here we are with a technology that sounds awesome (at least I think it does) and has had a number of peer-reviewed manuscripts published in well-respected scientific journals showing that it works as expected, and yet there is still debate?  That debate has recently been given new life with reports of embryos diagnosed during PGT-A as aneuploid, however after transfer a normal child was born.  How can this be?

So what about mosaic embryos?

Enter a new reality of embryos; mosaic embryos.  Back in the ‘good old days’ of PGS, we had two types of embryos, euploid (good) and aneuploid (bad), embryos.  Now, to make things even more complicated, we have a third type of embryo, which is mosaic (not necessarily good, but also not necessarily bad at the same time).  When you think of a mosaic embryo, I think it is best to think about mosaic tile.

Everyone has seen mosaic tiles where several tiles of different colors or textures are mixed together to make a larger image.  Recently, it is has become clear that some embryos are like this as well. Maybe not so many tiles, but it seems that embryos can have cells with one chromosome count (euploid) and other cells with a different chromosome count (aneuploid).

When we find a mosaic embryo, it is very hard to know exactly what to do about it.  When we do PGT-A, only a very small part of the embryo is used for testing.  Obviously, the rest of the embryo must remain untouched so that it can possibly be transferred back into the mother’s uterus later.  So, a mosaic finding in a PGT-A sample is only a very small subset of the cells that make up the embryo.  Today, most PGT-A testing occurs at an advanced stage of embryo development where cells have differentiated into those that will make up the fetus and those that will make up the rest of the implantation.  It is the cells that will eventually lead to the amniotic and chorionic tissue that we take for biopsy and testing.

The absolute truth about mosaicism is yet to be revealed

This third category of result has created a lot of buzz in the field and a lot more issues for the patients, and the clinicians that take care of them.  The reality is that we don’t really understand that much about mosaic embryos currently.  It’s rare that you have a “breaking news story” in the fertility world but this is the closest we’ve come to it in a while. For a nice review of this topic, have a look at this review and this debate, both recently published in Fertility and Sterility.

We know that a few hundred embryos that have been diagnosed as mosaic through PGT-A testing have been willingly transferred and reported on.  We also know that of all of the embryos reported so far, the oldest children born are under 2 years of age.  Lastly, we know that most IVF cycles performed in the world do NOT include PGT-A testing, so there are potentially thousands of embryos transferred each year around the world that are mosaic.  Again, maybe time for deep breath here.

What about the future?

This post would be useless, in my opinion, if I didn’t give some plan or future direction of what we are going to do about these mosaic embryos.  Last year there was a special section written in Fertility and Sterility on mosaic embryos, here you can read in depth about the issues and current knowledge of mosaic embryos.  The most important part of that paper, in my humble opinion, is at the end of the article where the authors called for scientists, clinicians and patients to work together to better understand the issue of mosaic embryos and the outcomes of transfer of these embryos during ART treatment.  As of today, no database or collaboration across specialties exists but, I remain convinced that this is the only way forward.

For me, I am fully convinced that mosaic embryos exist, and that a subset of mosaic embryos, if transferred, can and do end in normal live births.  Ultimately, all of the data I have seen thus far shows that the majority of embryos tested as euploid and aneuploid are truly diagnosed correctly, and that embryos diagnosed as mosaic are a small minority of all embryos tested.  What to do with mosaic embryos and how to follow up any mosaic embryos that are transferred is where I think the lines get a bit blurry.  In the end I’m a scientist, and I can only truly be convinced of anything through data.  The best thing we can do going forward is to create a single database where all of this data can be stored and accessed/assessed by those working in the field to best understand the future of PGT-A and mosaic embryos.